In an obvious attempt to get a headstart on the competition, Samsung’s fresh trio of Galaxy S21 flagships have arrived a month ahead of schedule. Merely four weeks into the new year and we already have our first look at what to expect from 2021’s top-shelf handsets, with promising news from the starting line. Indeed, if the Samsung Galaxy S21 offers any indication of what’s to come, then the future is looking very bright. Of the three Galaxy S21 phones launched at the beginning of the year, this is the “entry-level” model; it’s really nothing of the sort and it actually shares many of the same high-end features as the other two phones in the range. There are cutbacks, of course, but despite what Samsung would have you believe, I’d argue you can live without most of those anyway. Follow us in continue to know  every thing about this gadget.

Samsung Galaxy S21 review: What you need to know

Even the specs comparison on Samsung’s own website has a hard time convincing you to pay more than is necessary, since the Galaxy S21 really isn’t a lot different to the other two phones in the range. The back is made of plastic instead of metal – although this isn’t immediately noticeable in the flesh – it lacks the 108MP camera of the S21 Ultra and it also doesn’t support Samsung’s S Pen stylus, which is a separate purchase anyway.

Looking at the specs list, the Galaxy S21 has everything you could possibly need from a flagship phone in 2021: it has a mostly bezel-free 6.2in 120Hz display, a triple rear camera array and runs Android 11 from the get-go. It’s also the first phone to use Samsung’s Exynos 2100 processor, which promises faster speeds and improved efficiency over the previous flagship chip.

You might have already spotted it at the top of this review: the Galaxy S21 actually costs less at launch than last year’s Galaxy S20. At £769, Samsung’s latest S-series flagship is £31 cheaper than the previous model, which admittedly doesn’t sound like a huge amount but this new low price is welcome news for anyone keeping a closer eye on their wallets.
As for a general idea of contract prices, the 128GB model costs £54 a month on EE with no upfront cost and 40GB of data. This also comes with a free pair of Galaxy Buds Live true wireless earbuds.

If you have more disposable income then there’s also the Galaxy S21 Plus to consider, although for an extra £180 you only get a slightly larger screen (6.7in) and a bigger battery (4,800mAh, rather than 4,000mAh). The Galaxy S21 Ultra sits at the top of the scale but you’ll have to pay a painful £1,149 for the privilege of using a WQHD+ screen, 108MP camera and 12GB of RAM. Ouch.

As for the competition, the obvious rivals come from Apple’s selection of high-end phones. The iPhone 12 is perhaps the Galaxy S21’s key rival and it starts at £799 for the 64GB model – the 128GB variant costs £849.

Kicking things off, the most obvious difference is that the Galaxy S21, S21 Plus and S21 Ultra, all have a new design for 2021. The vertically aligned “Contour Cut” rear camera housing is pushed neatly into the top left of the handset’s rear, with curved corners that blend neatly into the phone’s metal frame. It lends the phone an especially striking look, and it helps the phone stand out from the current crowd of iPhone copycats.

The Galaxy S21 has a matte finish on the back too, as well as a new two-tone “Phantom Violet” colour scheme – which you can see in the images in this review. As I mentioned earlier, the phone’s rear panel is made of plastic, although with the frosted coating it certainly doesn’t feel cheap.

Everything else is pretty standard stuff: the volume rocker and power button sit side by side on the phone’s right edge and the dual-SIM tray is at the bottom next to the USB-C charging port and solitary speaker grill. The Galaxy S21 is also IP68 rated for dust and water-resistance, which allows it to be submerged in water at a depth of 1.5m for up to 30 minutes.

As before, the Galaxy S21 also has an in-display fingerprint sensor, located in the bottom portion of the screen, which Samsung says is 1.7x larger than on previous Samsung phones. This unlocks the phone in the blink of an eye, too, although if you don’t fancy taking your gloves off in the winter, then the Galaxy S21 also supports face unlocking – which unfortunately doesn’t work well if you’re wearing a face mask.

In fact, the Galaxy S21 pretty much has it all. Like the Note 20, it supports 5G connections as standard (you no longer need to pay extra), as well as Wi-Fi 6 and Bluetooth 5. It has 15W wireless charging and has wireless PowerShare, which allows you to top up compatible devices such as the Galaxy Buds or Galaxy Watch 3 by simply placing them on the back of the phone.

The one thing it doesn’t have is a microSD card slot, which means the 128GB or 256GB of onboard storage is all you get. That’s disappointing, although the supplied storage should be enough for most people.

Something I have a harder time accepting is the removal of the charger from the box. Taking a leaf from Apple’s rulebook, the Galaxy S21 comes with only a charging cable (USB-C to USB-C) in the box. This is a complete U-turn from the company that mocked Apple’s decision to remove its own charger just three months ago, during the launch of the Note 20.

Why has Samsung done this? Well, it says that most of its consumers already own charging plugs and thus don’t need a new one with every upgrade. However, I reckon the majority of previous Samsung owners only have USB-A to USB-C plugs, so they’ll have to buy a new charger from Samsung’s website in order to use the new cable anyway. A more cynical view would be that this is simply a new method for Samsung to make more money.

Stretching out across a diagonal of 6.2in, the Galaxy S21’s screen is the same size as the previous model and it uses the same FHD+ (2,400 x 1,080) resolution. The Galaxy S21 uses Samsung’s Dynamic AMOLED 2x panel, too, which means it supports a maximum refresh rate of 120Hz in supported games and applications.

In testing, the Galaxy S21’s sRGB colour accuracy impressed, with an average Delta E of 2.08 and coverage of 95.8% in the phone’s “Natural” setting. Peak brightness reached 652cd/m2 with the auto-brightness setting engaged and I measured a maximum luminance of 1,100cd/m2 when viewing HDR content. There’s no doubt about it, whatever you decide to watch, read or browse, the Galaxy S21’s screen is absolutely superb.

Samsung Galaxy S21 review: Performance and battery life
As for the Galaxy S21’s innards, it employs Samsung’s Exynos 2100 processor in the UK (the US model uses the Snapdragon 888). Following in the footsteps of Apple and Huawei at the tail end of last year, the Exynos 2100 has a maximum clock speed of 2.9GHz and is the first mobile chipset from Samsung built using a 5nm fabrication process. The Galaxy S21 also comes with a healthy dollop of 8GB of RAM.

How does this translate in terms of performance? The good news is that the Samsung Galaxy S21 is the fastest Samsung smartphone to date, with 50% faster multi-core processing speeds when compared against last year’s Galaxy S20 in the Geekbench 5 benchmark. It lags slightly behind Apple’s A14 Bionic chip (I was unable to run our usual benchmarking tools with the Huawei Kirin 9000) but there’s no shame in that.

Could all this raw power negatively affect battery life? So far, I haven’t noticed any issues. In our video rundown test, which plays a looped video at a standard screen brightness of 170cd/m2 with flight mode engaged, the Samsung Galaxy S21 lasted 18hrs 56mins before requiring a top-up.

That’s only a marginal 2.5% increase on last year’s model but it is significantly better than the iPhone 12, which the Samsung Galaxy S21 outlasted by roughly two hours under identical conditions.

Eagle-eyed readers might have spotted that the Galaxy S21’s camera hardware is pretty much identical to the phone that came before it, not that this is necessarily a bad thing.

As ever, though, there are differences in the camera software. The Galaxy S21 comes with a bunch of new shooting modes, including “8K Video Snap”, which allows you to grab a still image from an 8K video recording, as well as “Director’s View”, which displays a live view of all three camera lenses while recording, allowing you to switch between them with a simple tap.

The new “Vlogger View” setting captures video from the front and back cameras simultaneously, similar to Nokia’s “Bothie” mode. “Single Take 2.0”, which captures footage using all cameras simultaneously, now includes a dynamic slow-motion option, which records different slowed-down clips in one piece of footage. Finally, virtual lighting is now available in the portrait mode and a new zoom lock feature has been added to the phone’s 30x “Space Zoom”, which helps neutralise shaky hands at greater zoom lengths.

As expected, the Galaxy S21’s trio of cameras perform exceptionally, no matter what lighting conditions you’re snapping in. Images captured using the main camera in well-lit environments are astonishing, with impressive dynamic range, oodles of detail and rich, bold colours that look as if they’re going to leap straight off the screen.

It’s a similar story with the Galaxy S21’s ultrawide camera. Take a look at the centre of the frame and the detail capture isn’t bad at all but as soon as your eyes drift towards the edge you begin to spot the telltale signs of a softening as well as the odd bit of chromatic aberration.

When it comes to video, the Galaxy S21 can record at up to 8K resolution at 24fps, although if you’re short on space (a 20-second clip at 8K is roughly 200MB) then you can bump the resolution down to a fully-stabilised 4K at 60fps. Like the 30x zoom, the Galaxy S21’s 8K recording is a bit unnecessary, especially since you need an 8K TV in order to properly view the footage, and who has one of those?

Not a huge amount has changed so if you grabbed a Galaxy S20 last year, then you might want to hold onto it for a little while longer. If, however, you’re eager to start 2021 with a brand-new handset, either by replacing an out of date model or making the move from Apple to Android, then the Galaxy S21 is the smart choice; the slightly lower price helps, too.

The decision to remove the microSD slot and bundled charger are the only blots on the landscape; otherwise, the Galaxy S21 represents another sublime flagship offering from Samsung. If you can live without both these things there’s no doubt the Galaxy S21 will be a brilliant sidekick for whatever 2021 decides to throw at you.

How to Check Continuity with A Multimeter 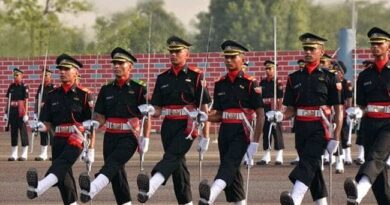 How the Defence sector adapted to technology?