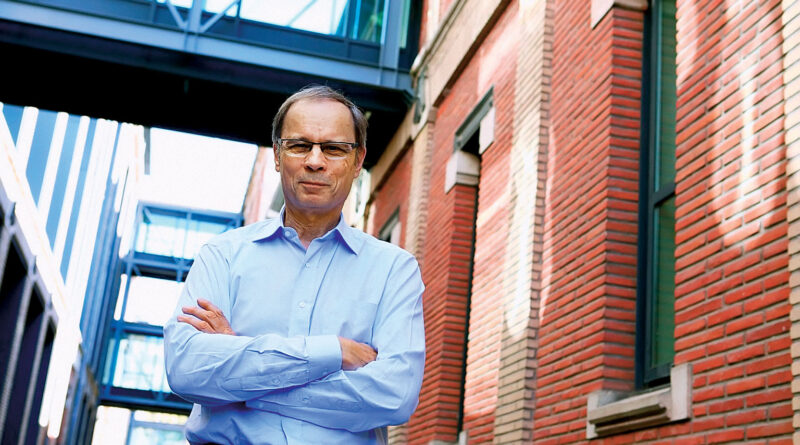 INTERVIEW The economist points to the cost of the ” lack of economic culture” and the “blockade”, in particular on unemployment.

France had not been distinguished for twenty-six years. After Maurice Allais in 1988, Jean Tirole will be the second to receive the Nobel Prize in economics, awarded by the Swedish Academy of Sciences, on December 10 in Stockholm. The event is timely for François Hollande and Manuel Valles, who launched the celebrating offensive, praising the merits and genius in responding to the bashing of the international press.

Very famous for his academic work, Jean Tirole was until then quite discreet about his recommendations to get the economy out of the doldrums. In the long interview, he gave to Challenges, the Nobel Prize lapses, pointing to the cost of the ” lack of economic culture” and the “blockade”, in particular on unemployment. Eleven years after its publication, its scathing report on the labor market, which called for a single contract, has not been implemented at all. With his aura of Nobel Prize, Tirole now has more weight to advance his ideas.

You will receive the Nobel Prize in Economics on December 10 in Stockholm. One month after the announcement of this distinction, how do you feel?

Always a feeling of amazement and joy at the same time. The strongest moments, in addition to those spent with family and friends, were above all linked to welcoming researchers, students, and staff from Toulouse School of Economics (TSE). Because two decades of shared efforts are also being crowned. And also at the Massachusetts Institute of Technology (MIT), where I did my doctorate and taught before coming to Toulouse twenty-three years ago. The media whirlwind surprised me. As is the pride felt by the people of Toulouse, and even the Europeans that the Nobel Prize in economics is one of them. It moved me a lot.

Eleven years after its publication, your report on the labor market, written with Olivier Blanchard, has not been followed by any implementation …

The case of the labor market is a good example of a blockage. The report you cite is just one example in a long list of reports on the same subject, including that of Cahuc and Kramer. There are also a large number of other reports on education and training, on entering the labor market, or on the public employment service. All of them analyzed the causes of unemployment in France and proposed solutions.

There is a quasi-consensus among internationally recognized researchers on the system as a machine for creating exclusion and unemployment. And yet, the situation continues to deteriorate. The response from all sides for many years has been to temporarily save with bailers a ship that is taking water from all sides: subsidized jobs, use of fixed-term contracts, the exit of the unemployed from unemployment statistics …

How to explain that this report, like others on the major reforms, is not listened to?

First of all, any major reform must be sustainable. To obtain this commitment on the reform of labor market institutions, there would need to be a minimum of bipartisan agreement in the face of this national scourge, so that the stakeholders do not anticipate backtracking or fear of being trapped.

Then, politicians and the media, and not just economists, need to be educated on the subject. The lack of economic culture is very costly for our nation. Many of our fellow citizens (and the media with them) focus on the (real!) The drama of identifiable victims of collective redundancy, forgetting that of a much higher number of unemployed, anonymous ones, who are victims of the non-creation of jobs, and therefore of the system.

Companies no longer create permanent contracts, because they know that if the job in question subsequently becomes unproductive as a result of technological change or a lasting reduction in the order book, the dismissal will be very costly. While the firm can and should be able to smooth temporary shocks to labor productivity, it is not possible for it to secure employment for life. Our fellow citizens must reflect on the consequences of the lack of job creation on the duplication of our society, on public finances, and therefore, in the long term, on the sustainability of our social model, and even on the ill-being of many. employees protected by the CDI, but unable to change company, and very worried about their future and that of their children.

How do you react to the trial of austerity in Europe that many economists are doing?

First of all, we must distinguish Northern Europe from Southern Europe (of which we are a part). These two economies have been allowed to diverge to such an extent that the interests have become contradictory, even if Northern Europe obviously does not want its counterpart to plunge.

So let’s focus on France. On austerity, I am not a specialist in the economic situation; experts are divided on the subject. One point is clear, however: France, by continuing budget deficits during periods of economic expansion, has gradually lost its fiscal room for maneuver, whether it is desirable or not. Because public finances have entered a dangerous zone. The only solution, in my opinion, is to make the big reforms that will bring confidence in the future of our country.

The Minister of the Economy will present his law on activity, which aims to unlock competition in several sectors.

Can we expect a gain in growth?

I am not a specialist in all these sectors, so I will limit myself to generalities. The purpose of a profession, whatever it is, is to be at the service of its users. That is to say to offer a quality service at reasonable costs and not to hinder job creation. Let us take the case of taxis, so expensive in France that only the wealthiest households or employees (or patients) who charge the cost to their company or administration (or to Social Security) use them. It is not only a question of insufficient use of this mode of transport; it is also a brake on the creation of direct and also indirect jobs through the impact on business costs, and therefore on their competitiveness.

How far do you have to go?

Again, many reports have pointed to the anomaly in this matter and have not been followed up with many effects. We are faced here with a blockage on the part of a part of the political class and weak awareness of the electorate, who are dangling a degradation of the public service, rather than a redistribution of tasks. . However, the elimination of duplication and simplified decision-making would save costs and, freeing up resources, could, on the contrary, improve the public service.

Another important point: we must avoid regrouping local authorities just to regroup. Indeed, a regrouping often results in the preservation of the existing one and the creation of a superstructure, increasing the costs and the complexity of the system!

You have been rewarded for your work on the regulation of sectors dominated by a few large firms.

What is the “industrial economy”?

Regulators interfere with the functioning of markets in several ways: competition law and the regulation of network industries (telecommunications, electricity, railways, post, etc.). Competition authorities allow or invalidate horizontal and vertical mergers and co-marketing arrangements. They decide whether certain behaviors and contractual commitments constitute an abuse of a dominant position. Sectoral regulators, for their part, regulate the rate of return of incumbent operators and monitor the access they give their rivals to the bottlenecks they control: electricity transmission network, rail network and stations, local loop …

What examples of the application of your regulatory research can you give?

My work with Jean-Jacques Laffont suggested the use of stronger incentives to reduce costs and the introduction of ceiling price mechanisms (where the incumbent has imposed a maximum average price level but has flexibility as to the price choices to get there). We have also set out the pitfalls of this approach, and therefore the additional measures that must accompany it: for example, the need for the authorities to be independent vis-à-vis the political to resist the temptation to renegotiate contracts a posteriori, and vis-à-vis the company to prevent the regulator from being captured by it. We also suggested increased quality monitoring to prevent the company from cutting corners.

According to the Royal Swedish Academy of Sciences, you have greatly influenced competition law …

Modern industrial economy tuition analyzes sectors on a case-by-case basis, and draws from them, if necessary, the methods of intervention by the competition authorities compatible with the general interest. Here, we can only take examples: operating systems or video games; payment card platforms and merchants accepting card transactions (for Visa or American Express); search engine users (for Google). In fact, the European rules for determining the commissions paid by merchants for card payments come from theoretical work in Toulouse.

What will your Nobel Prize change for the Toulouse School of Economics?

The fame of the Toulouse School of Economics is not due to one person but to a whole team of talented researchers. Our international reputation in the scientific community was already very strong since the mid-1990s, thanks to leading researchers recruited then and since. This Nobel is a useful confirmation for those who are not from this milieu. The strongest effect is probably to be expected in France, where many doubt our universities. Even if our school is a very special case due to its unique history and the scientific and entrepreneurial qualities of its teaching team, I hope that this prize will reassure them. We have already seen a sharp rise in inquiries at the bachelor’s and master’s levels.

And do you already see concrete effects for its financing?

As for funding, so much the better if this unexpected spotlight allows us to strengthen our research and teaching resources and better meet the challenge of building a large school within the university, changing the image of the university and stem the brain drain.

Several universities have merged, such as Aix-Marseille which creates a set of 70,000 students. Is it relevant?

Several taboos must be broken here. First, the myth of size. The international standard for research-intensive universities is 10,000 to 15,000 students, with some exceptions up to 30,000. Beyond that, the structure becomes too big to be manageable. Then, we have to admit, as in other countries, that universities cannot all be at the same level. The selection so by the failure of the less well prepared and the flight of the best prepared towards selective channels or abroad clearly show the limits of the myth of uniformity.

What is the ideal university?

If I had to build a system of higher education and research ex nihilo, it would be based on multidisciplinary universities, and not specialized as at present. These would have 10,000 to 15,000 students and compete with each other to provide them with better service. Some would be advanced research, and others would be more teaching-oriented, with many gateways to give talented and motivated, but ill-prepared students a chance. 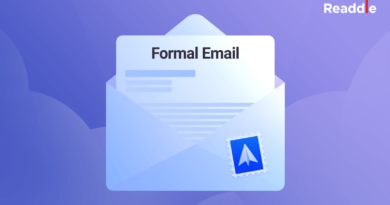 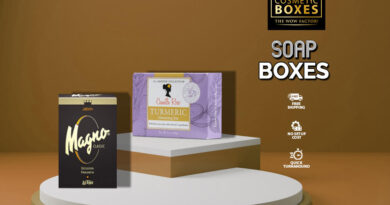 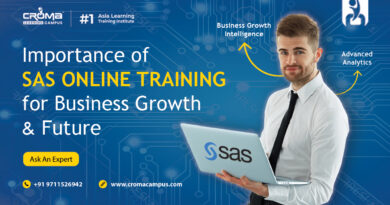 What is the Future Scope of SAS?